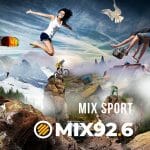 More from the series VerulamSport

Once again Verlam Sport Podcasting is very proud to bring to you Radlett resident Cliff Crown who is the Chairman of Brentford Football Club. He builds up to the Final of the EFL Championship in which the Bee’s collide with Swansea with a place in the promised land of the Premier League up for grabs. Of course, Brentford fell at the final hurdle in this game-footballs most lucrative; last season. Can they go one better and carve out some history for the club?

Saints head to Essex
3 Hours Of The Best Music And Chat Saturday 9am – Midday.
Verulamiums RFC
Next