Talking to children about racism 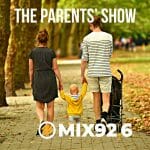 More from the series Parents Show

This week’s show looks at how we can talk to children about racism. We are joined by Sue Schofield from ‘Show Racism the Red Card’, the UK’s largest anti-racism educational charity, which  was established in January 1996 thanks in part to a donation by then Newcastle United goalkeeper Shaka Hislop. https://www.theredcard.org/education She talks about the work of the charity, not just in football but its reach into education and schools. Later in the show, we meet Beaumont teacher David Guinane and pupil Max Abimbola, who tell us about their experiences and what Beaumont School has been doing in this area. That’s this Thursday at 8pm on 92.6FM Radio Verulam @radioverulam. The Parents’ Show is sponsored by Rayden Solicitors.